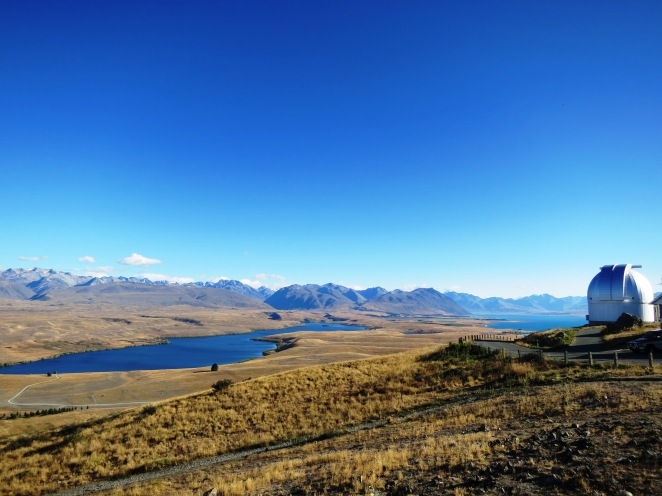 JUST BY LOOKING AT ERIC’S PHOTOS FROM HIS EARLY MORNING PHOTO SHOOT, made me a believer. I have faith that today’s the day we start to get priceless views. The skies cleared up and Lake Tekapo is now a sunny lake with a beautiful church. Due to minimal light pollution, the nearby Mount John operates an observatory, which is like a “mecca” for astronomers and fans of the cosmos. The summit proves to be a wonderful lookout during the day too. Also the perfect spot for a classic “levitation pose”. 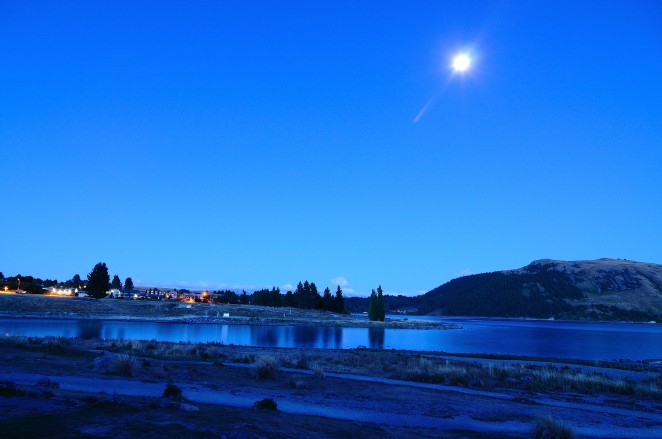 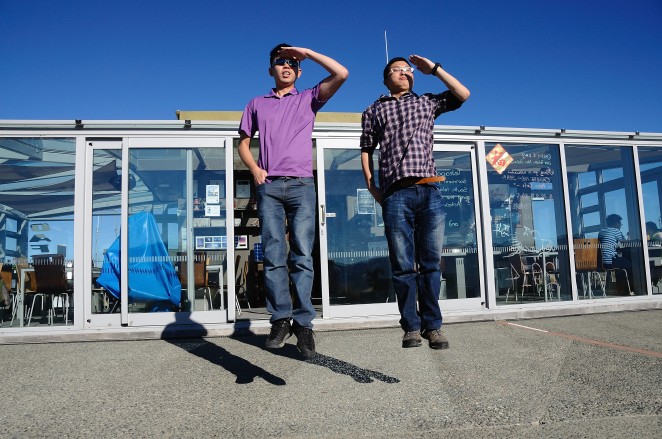 SO THEY SAY THE BEST THINGS OCCUR TO THOSE WHO WAIT. After the dramatic change from wet to sunny, our trip seemed only get better. The drive towards Mount Cook was scenic to say the least, but the 700 square kilometres Aoraki Mount Cook National Park itself is a well deserved world heritage site. One of the more popular hikes is the Hooker Valley Track. 9km over a few swingbridges and views of Mount Cook, it took us almost 2 hours to reach the end of it, which is the Hooker Lake. We met various hikers along the road, but one of the largest party is a group of 30 Japanese elderly men and women, all well into their sixties. We saw them resting on one of the slopes, some taking photos of Mount Cook with their cameras, others just drinking from their metal flasks. Amazing enough, they are so silent, that I would have probably walked pass them without noticing the group!

Us three, we did chit-chat along the way, but Eric and Charles more determined in photographing rather than making small talk. At the end of the track, the Hooker Lake looks like a muddy giant pool encircled by a fortress of gray ice. Not pretty but interesting.

That very night, while me and Charles were relaxing our feet, drinking rounds of herbal tea, Eric came up with the idea that we should take a night outing. This was when I was feeling cozy on the couch, just minutes away from dozing off. Alas, bros before hoes (and everything else, right?). And so we reluctantly followed him to a dark campsite area.

Upon arriving, I was totally mesmerized by the night sky. Never before have I witness so many stars in one night. The moon conveniently lit up the tops of the mountains, and there were just a few clouds here and there for decoration. Eric was truly in heaven. He started taking photos after photos, some with us posing uncomfortably for 30 seconds. The result? Spectacular photography masterpieces that Eric claims to be best ones from his lifetime. 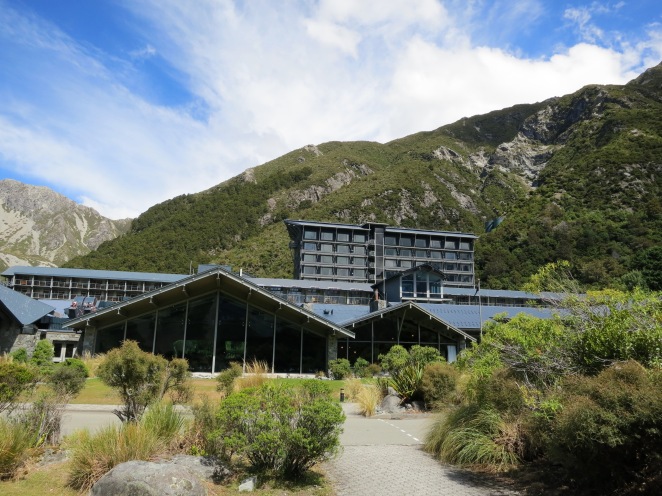 The beautiful and rather expensive Hermitage Hotel 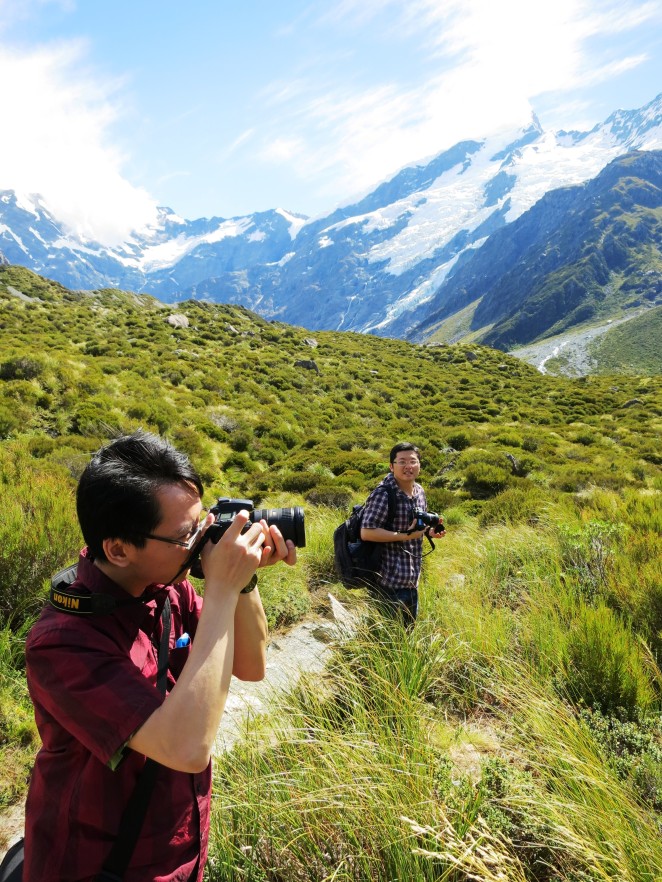 Always looking for the next best photo opportunity 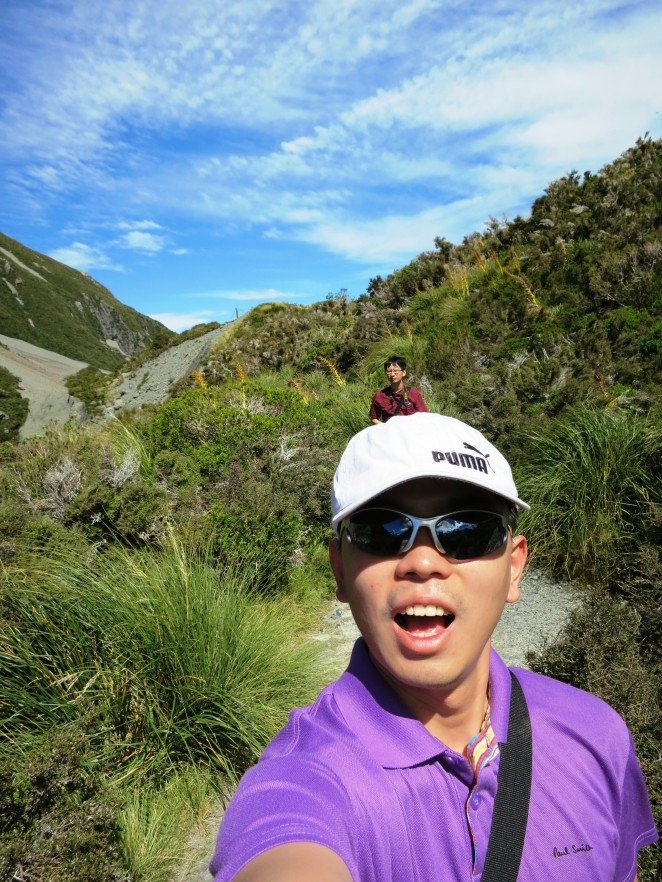 Selfie in the Hooker Valley track 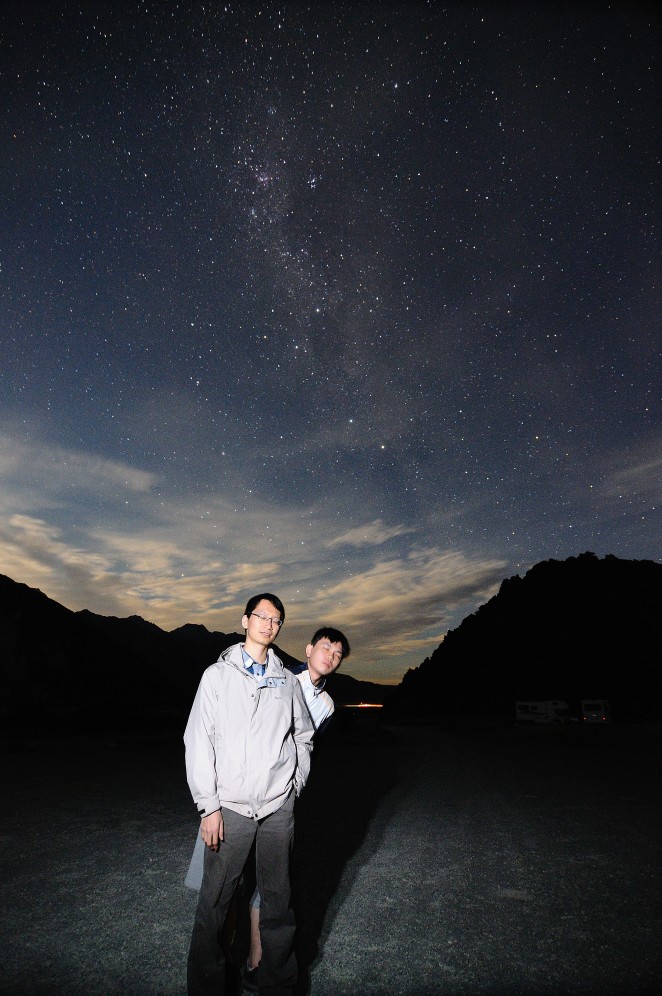 30 seconds pose under the stars (Photo courtesy of Eric Chen) 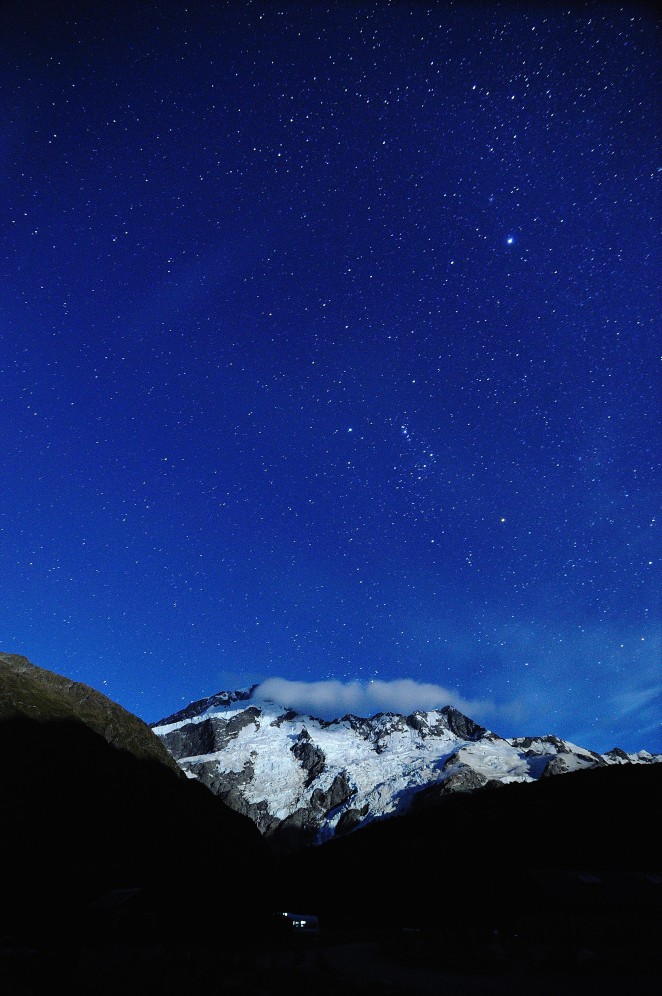