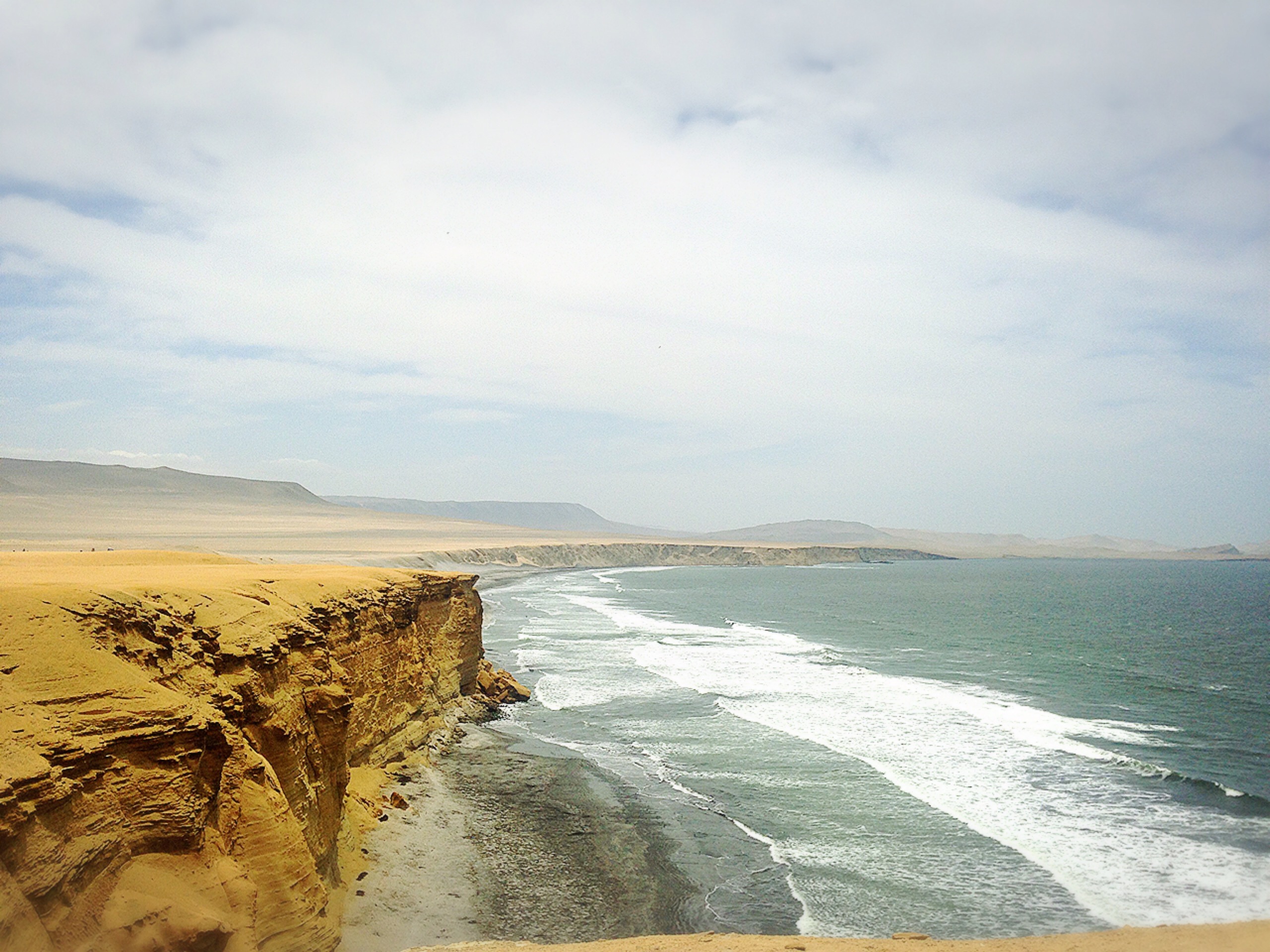 Read more
HEUVALITAS, JUGO, ENSALADA FRUTA, PAPAS FRITAS Y CAFE. Simple fresh breakfast staples that would wake a jet lagger up. The hotel has a nice balcony terrace overlooking the beach. Early in the morning, everything seemed calm. There were only the sounds of the ocean waves, seagulls hooting and the occasional rooster.
The Ballistas Islands off shore of Paracas are also known as the “poor man’s Galapagos”. However, I like its other name better, las islas guaneras, because it is filled with bird droppings. Guano (bird droppings) are a valuable source of natural fertiliser. Now, it can only be collected once in while by official “shit collectors” to protect the reserve.
The tours here are quite standard. All agencies offer the same exact 2-hour tour to Ballistas Islands at either 8am or 10am. The ocean waves get crazy during the afternoons, so they only have morning departures. Around 11am, tours to the Paracas National Reserve commence.
En route to the islands, the boat stops near to the famous Candelabro, a candelabra-like drawing, that seems to be related to the Nasca Lines. No humans can set foot on the islands (except “shit collectors” and researchers) so all the animal viewing occurs on board the boat. This being the summer season, baby sea lions are born and the colonies are very noisy. Humboldt’s penguins also live on the island, along with various different types of birds and mammals.
With so many birds hovering above, accidents are due to happen. The French lady beside got a huge blob of bird shit on her thigh, I sarcastically commented that it is good for the skin. I had a small trickle on my arm too.
THE TOUR TO PARACAS NATIONAL RESERVE IS A STRAIGHTFORWARD ONE. I never imagined to see a desert just beside a coast. This is one of the unusual ecosystems in the world. On the beach, there are many fishing ports. On the desert, huge sand dunes conquer the landscape.
THE TOUR WAS ALRIGHT, BUT I WAS WAY MORE EXCITED TO SEE MY BACKPACK. I asked the hotel receptionist many times if they received calls for me. Late evening, I’ve decided to call LAN to confirm. Many calls were made with my poor Spanish and their poor English. The receptionist was kind enough to help me translate. What I got from the other end is that they do not have my backpack yet, but will send to me when they get hold of it.
The problem is that I have no concrete travel plans yet. I have not booked any onward buses or accommodation. I emailed the credit card insurance company and they replied that claims can only be made if I use their “credit card” for purchase. Shit, I used another credit card! My travel agent, Rolcoco, was kind enough to offer help for the claims. And as of now, I am stuck with my small day pack and 2 changes of clothing.
Oh well, shit happens during travel (and in life as well). I might as well suck it up and make good use of it. I contemplated on my “wisdom of the day” while scrubbing off the bird shit stains on my arm. 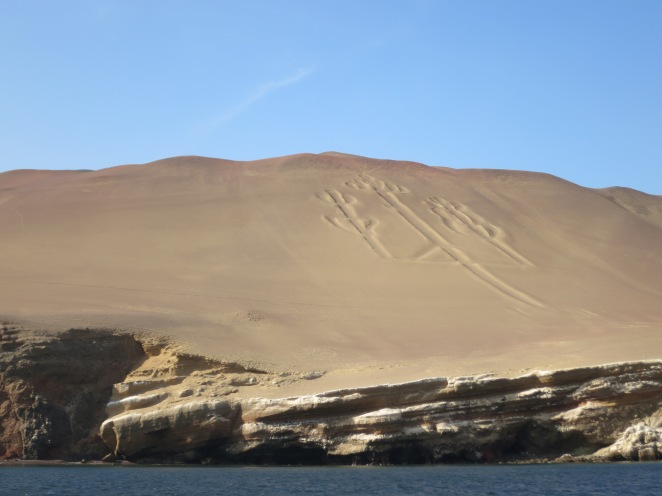 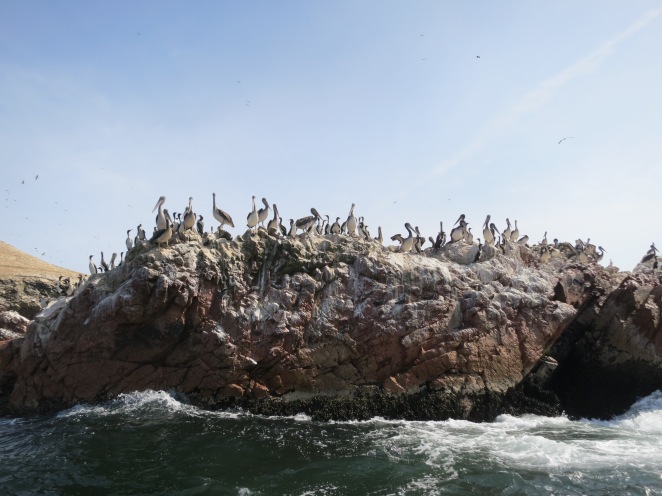 Noisy birds with lots of guano to offer 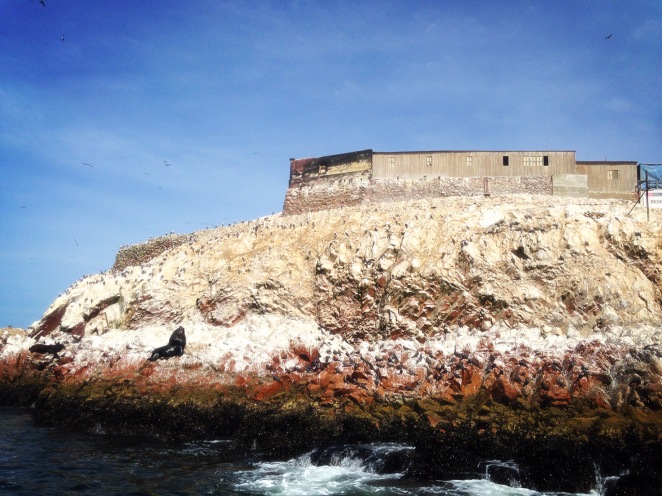 In the middle of the sand dunes 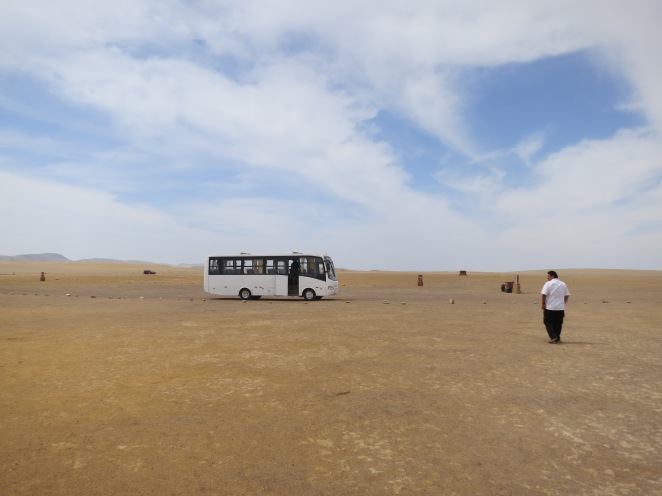 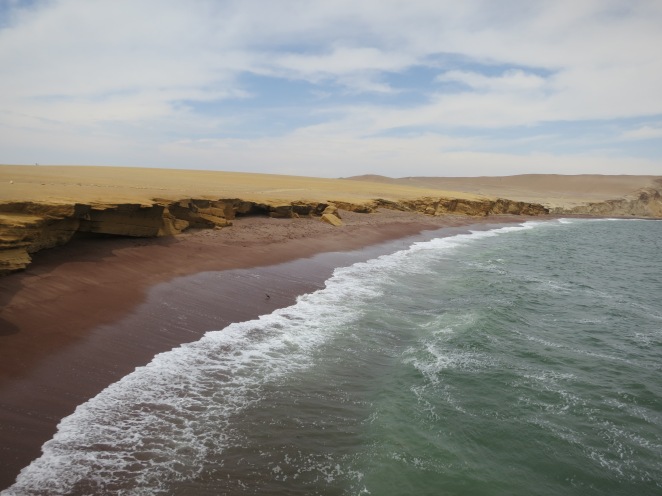 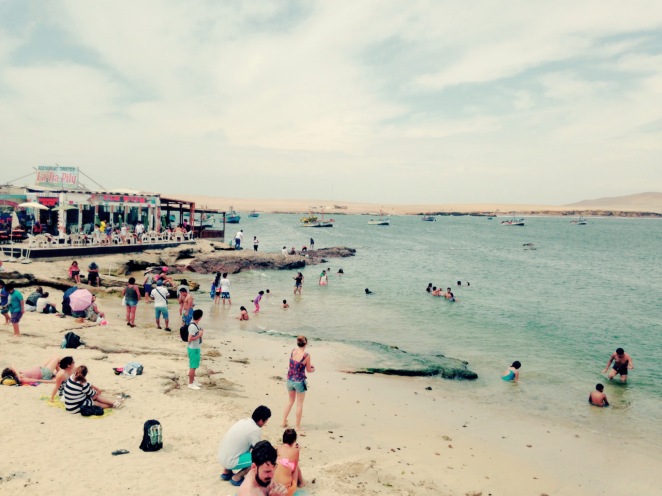 Peruanos having a fun day at the beach 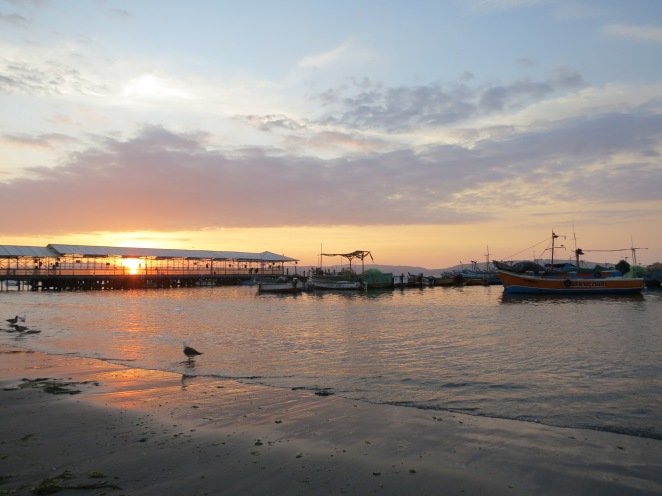 Sea gulls walking on the shore 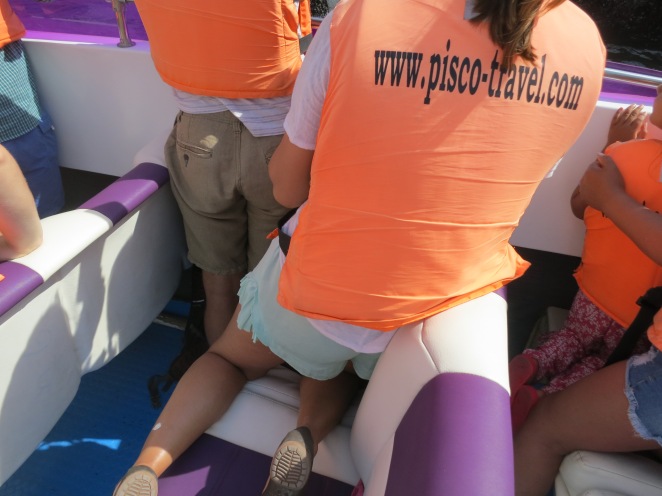 Bird droppings are good for your skin, look at her left leg