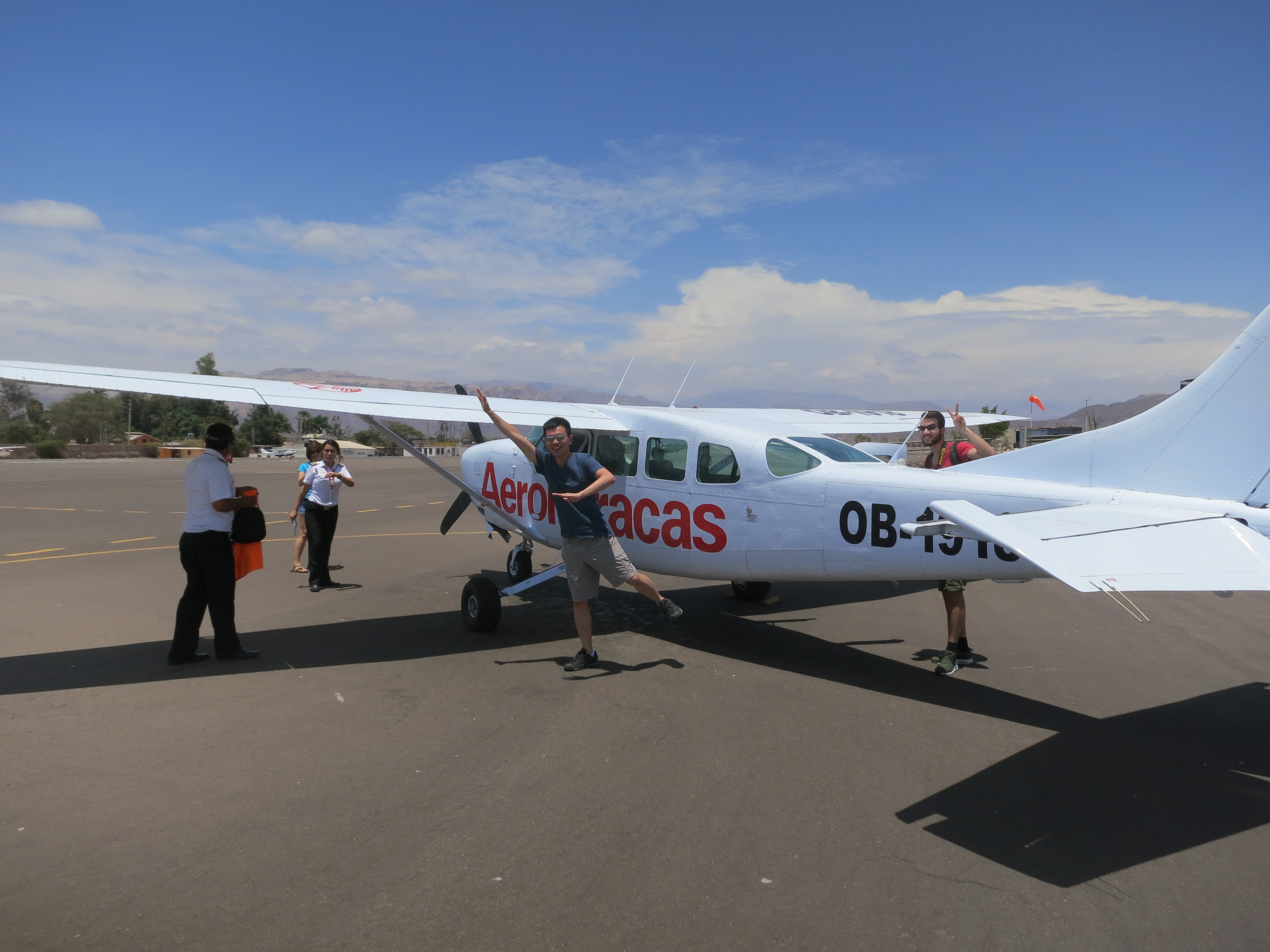 Read more
I WOKE UP AT 4AM WITH A GOOD FEELING THAT LADY LUCK IS ON MY SIDE. It turned out to be true because I received a call later that they found my backpack and it is on its way to my next destination. I had only one other goal for today – to see the Nasca lines.
The bus to Nasca from Paracas took 3.5 hours. All tour agencies were located on the same street. I did booked a day before with my hotel but I guess it was easy to book on the spot as well. These flights last for 30 minutes, and they bring you to see some of the figures etched into sand by the Nasca culture thousand of years ago. I bought my trip for USD80. There were agencies selling them for USD120 online. I heard touts screaming USD40 in town.
We first assembled in the office before a mini-van brought us to the air strip 10 minutes away. We were asked to leave our belongings at a locker. Most planes can accommodate 4-6 persons and my group is a comfortable 5. Once we got to the airport, they asked for my passport.
I realised that I left my passport in the office. The agency person said he did remind us to bring our passport, but I remembered him saying a lot of stuff in Spanish which I do not understand. I even remembered asking him “Sombrero? (Hat)” in Spanish. Why did I even think that the hat is more important than my passport? The driver had to drive me back to the office to get my passport. The group waited for me before they could board. I felt so bad I was blushing all the time.
EVERYTHING WENT ON TO BE AMAZING ONCE WE BOARD THE PLANE. It was a small aircraft, so there were many dips and turns, not pleasant for the tummy. Nothing can compare with looking at the patterns from above. They are so gigantic, I could only appreciate the size when comparing them to the cars and houses. It is still a mystery why these figures were build. It is like an art project that no one from their time can see. Was it for the gods? Did they foresee that people would invent airplanes? Was it for aliens? Who knows?
THE REMAINING BUS RIDE TO AREQUIPA WAS SCENIC NONETHELESS. It was many many hours before I arrived in the hotel but fortunately, my backpack arrived before me. It is amazing that I got both my wishes accomplished today. Seems like luck is truly on my side.

It gets scary once you’re up in the air 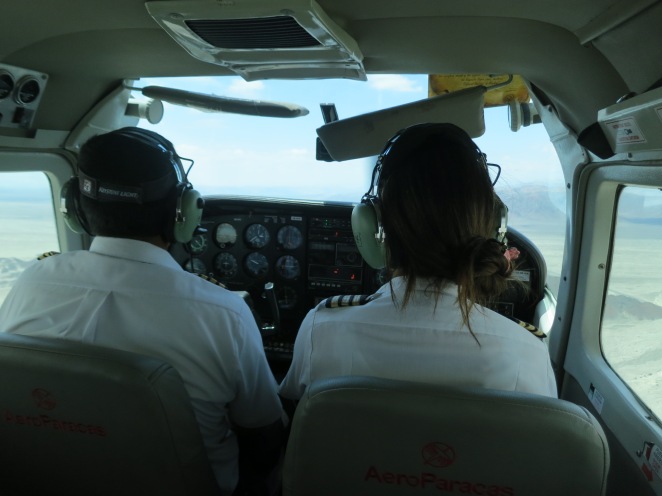 The pilot and co-pilot

Miles and miles of lines for what?

Fun photo with the crew